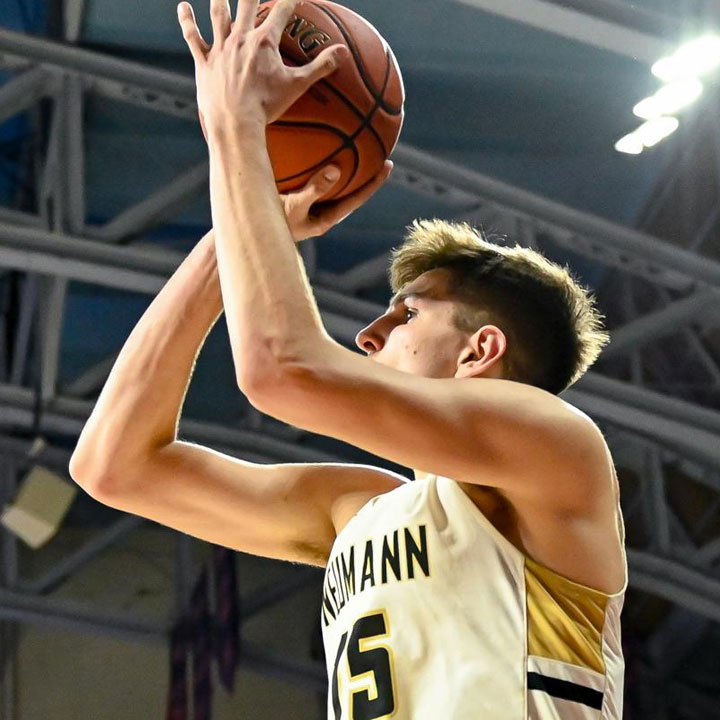 With Neumann-Goretti lacking a true big man, Blaise was often pressed into guarding the other team’s big man on defense. However, this also allowed him to be near the paint where his toughness and team mentality thrived. Averaging 1.7 charges a game. Many coming off the ball.

Offensively Blaise helps to space the floor. His 3 point shooting ability is even better than his 34% indicates. He is also athletic in the open floor. Finishing with strong dunks and drawing fouls. While he averaged just 7.6 points per game, he was playing alongside 3 Division 1 seniors who all averaged double figures, and a junior averaging 17. So he didn’t always have as many opportunities to score.

In the 2020-21 season, Blaise Vespe’s role will expand. Neumann-Goretti lost 3 D1 starters his opportunities will increase. Also, with Neumann-Goretti adding a true big he will have the opportunity to play more to his strengths on the wing.

Blaise Vespe In the Press